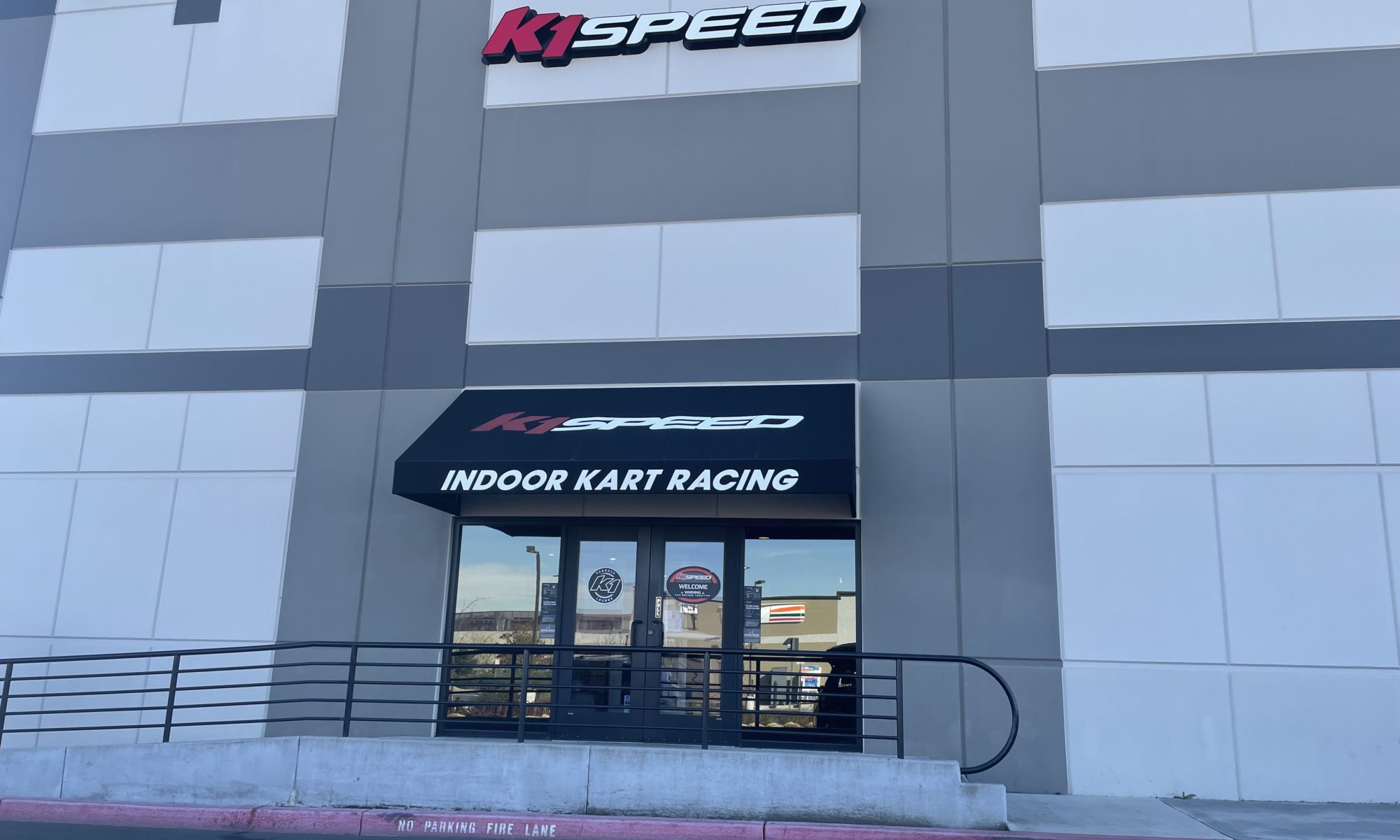 I recently took my kids to K1 Speed Hillsboro and after visiting I want to write this K1 speed review. I’m amazed at how well-organized, clean, and absolute fun this place was for my kids. The only thing to remember is that a trip here can get a little pricey quite quickly.

So what should I expect at K1 Speed? K1 Speed offers electric go-karts that run on a very clean and safe indoor go-kart track. The entire process is very well organized. It is quite safe given the speed of the karts, and it is an absolute blast for kids who want to see how fast they can go.

Is This Going To Be OK for Smaller Kids?

Now you may be a little worried that smaller kids may not be safe riding on a go-kart track. To start out with, your kids need to be at least 48 inches tall to take part in this activity. To jump up to the adult carts they need to be 58 inches tall.

Both of my kids are just a couple of inches taller than 48 inches and they had a great time. They had no trouble controlling the K1 Speed cars nor did they have any trouble following the rules of the track. The race was always well supervised and at no time did I feel that they were in any type of danger.

That said, there are a few things to know about this place before you head out. Let me start this K1 speed review by walking you through some of them so you’ll know what you’re in for before you step foot in the facility.

A Little More About K1 Speed

Let me once again restate the fact that this is not going to be a cheap expedition for your kids. On average, you will spend about $25 per race per child. They will also charge you an additional amount for an annual membership. This is a one-time charge.

One thing to note is that they make it seem as though you can just buy a race without a membership. When you read the fine print, you will find that in fact, you do need to have a membership to race.

Membership has its privileges (but not really)

They also have little add-ons like cameras for the cars. This lets you get a video recording of your race from the driver’s point of view. They will not let you use a GoPro or any other type of camera while you drive at K1 speed. One important part of this K1 speed review is that if you want to record your race, you need to pay them.

All of these add-ons that they allow offer a pretty common theme here. The fact is they are pretty upfront about all of this. While you may not like it very much, they are not trying to deceive you when it comes to the cost of racing. Also the more you buy the lower the cost per race.

Get on to the race already!!

Once you have paid for everything they will sign you up for a race and let you know which race you are in. Both of the times I have gone it has been pretty quiet at K1 Speed so my kids were usually in the next race or the one after.

They don’t have any type of display board to let you know when your kids are going to race. They will announce on the public address system who needs to get to the track when so keep an ear open.

The staff does a great job of guiding kids through gearing up, strapping in, and keeping them safe during a race. And of course, the kids have a blast!

A Little More About Pricing at K1 Speed

To begin with in this K1 speed review, you need a membership for the cost of $7.95. K1 likes to say it comes with several benefits. Since you need this membership to race these benefits do not amount to much.

The price of a single race is $24.95. If you buy in bulk you will save money. As you can see the cost of this activity can start to add up quite quickly.

They also offer discounts for groups such as birthday parties. I am not going to cover that here because that isn’t what this review was about. If you want to learn more here’s a link.

When You First Walk Through the Door of K1 Speed

One thing that stands out to me in this K1 speed review is that right when you walk in you will see that K-1 shines. The facility is clean and slick-looking. The staff was very friendly but of course, they are trying to sell you something but I have no problem with that.

Once you’ve done that you will go to the front desk and buy races. It is at this point at the front desk staff will tell you your scheduled race time. It is not a time of day they give you but something more like “your race is three races away”.

One minor pet peeve I have with K1 Speed is I wish they had some sort of electronic board to give you this information. They have are announcements over the PA system to let you know when your race is up.

Step Onto the Track

The “pit” area is where all of the helmets and vehicles are. I found that the staff was very attentive to my kids. They went out of their way to make sure they had helmets that fit properly. They then directed them to the vehicles.

From there they got a discussion about how the race was going to work and what the various flags meant. One thing that stands out is how many K1 Speed staff are here supervising this. There is going to be some amount of risk involved in this activity. That said, this place goes out of its way to minimize that risk.

This is where the fun starts. The kids drive onto the track one at a time. The staff makes sure there’s enough space between each cart before the race starts. Whoever goes on the track first is going to start in the first position. That is because they do not line up all the cars at the starting line. They give the kids a chance to get a couple of warm-up laps and then they waive the green flag.

I will be honest I never did figure out how long the K1 Speed races are. I think that they are about 10 laps but each race also took about 10 minutes. Either way, it seems like a pretty good deal based on the price you pay.

There is a large screen above the seating area. This is where drivers can see their times as they cross the start/finish line. It also shows their fastest lap time during the race. The cars all have numbers. Because of that, the number of the car and the name of the driver show up on the board together.

One other little pet peeve I have is the location of the board. It is quite hard for race watchers to see the board. That may be because K1 Speed figures it’s more important that the drivers know this information. One other thing is that once the race is over all the information disappears. There may be a way to get a readout of the results afterward but I did not check on this.

Once kids ditch their helmets they leave through an exit gate from the pit area. Now all of the bragging and/or complaining starts!!

Once you have completed your first race at K1 Speed, you have a membership, a membership card, and a head sock. You are now ready to come back anytime you want and pay for however many races you want to do. You can also buy races online. Aside from being part of a group, there is no reservation system. As such it is first come first serve. My bet is that on weekends and holidays it can get pretty crowded and wait times may be long.

Is there anything else to do here?

The last part of my K1 speed review is that there is a fairly good size arcade here that kids will enjoy. There is also a snack bar that offers a good variety of food and beverages that both kids and adults will like including beer and wine. I must say that I liked the selections offered here. They went well beyond typical nachos and hotdogs that you would find at most kid’s places like this.